Among the Janeites: A Journey Through the World of Jane Austen Fandom by Deborah Yaffe is just delightful: an exploration of the wonderful, wacky, sometimes slightly frightening world of those devoted to the celebration of everything Jane – as they call her, familiarity, with the books, the characters, the film and television adaptions, and not least Miss Austen herself, being a hallmark of her many devoted admirers.

Yaffe herself has been a fan since she was a teenager, and for the purposes of the book, took herself off on a tour of Austen sites in Britain, dressed herself in period costumes and read many, many books purporting to be sequels and perused the wilder shores of Janeite obsession found on the web – where not everyone may know your name but you can always find a group to belong to…or fight with.

Witty, wryly affectionate without being smug, interesting and just great fun – makes me want to put on my best bonnet and join in. 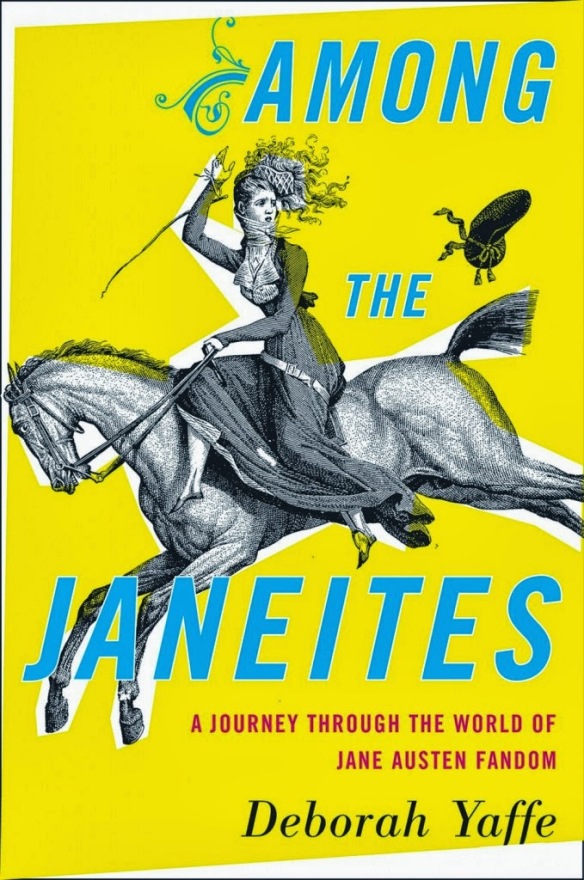